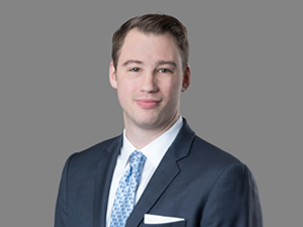 In addition to his work with pharmacy clients, Jesse also represents a variety of other entities across the healthcare and life sciences spectrum, including other healthcare providers, pharmaceutical and biotech manufacturers, pharmaceutical wholesalers and distributors, and healthcare technology companies. Through this work, Jesse has focused on the intersection between the law and economic considerations, including drug pricing, marketing techniques, and benefits management, as well as the relationships between and among the different stakeholders in the drug channel.

Jesse frequently lectures across the county at national and regional pharmacy and healthcare conferences and organizations, including the Alliance for Pharmacy Compounding (APC), the American College of Apothecaries (ACA), the American College of Veterinary Pharmacists (ACVP), the American Society of Hospital Pharmacists (ASHP), the Community Oncology Alliance (COA), the National Association of Specialty Pharmacy (NASP), and the National Home Infusion Association (NHIA),. He also regularly hosts pharmacy industry webinars for a variety of industry organizations and affiliated companies. In addition to lecturing, Jesse has been published or quoted in a variety of internationally-circulated publications and media.

Jesse was awarded the “40 Under 40 in Cancer” honor in 2019, recognizing his contributions made in the field of cancer, and is a member of the National Home Infusion Association (NHIA).

“The Pill Pack-Amazon Deal and the Importance of Developing a Strategic Plan for Growth and Compliance,” The Voice of Independent Pharmacy Magazine, Summer 2018

“Legal and Regulatory Issues in Veterinary Compounding: Where Does Your Pharmacy Fit?” at the February 25, 2016 IACP/ACA/ACVP Educational Conference, San Diego, CA

“If It Sounds Too Good to Be True: How to Navigate Business Opportunities While Protecting Your Pharmacy” at the February 26, 2015 IACP/ACA/ACVP Educational Conference, Fort Lauderdale, FL

“Payor and Government Trends: An Update to Stay Ahead of the Curve” at the February 26, 2015 IACP/ACA/ACVP Educational Conference, Fort Lauderdale, FL